Let’s talk about “the decisive moment”

In my previous post, I discussed my winning image from the 2021 Fredericksburg Street Photography Collective Shoot-Off held Saturday, October 2, 2021. The photo in this post did not win, nor did it get an honorable mention, but a little birdy told me it was in contention for a podium position or at least an honorable mention.

Continued from the previous page…

After completing the walk-by, when I took the winning photo, I went back the opposite way and saw another group of people sitting with their dog. I looked only at the dog and said, “Oh hey baby, you are so beautiful.” The tail began to wag. As I did that, I heard a voice say the dogs’ name, but I didn’t really hear it because I was looking down into my articulated screen as I briefly glanced at the dog and framed it and the people. I used the dog to photograph the people essentially. Or at least that was the intention. This technique is called misdirection.

The autofocus on my camera was set to pattern focus points. If I had known how to change it to a single-point focus quickly, that would have allowed me to catch the focus on the people. Manual focus on this camera can be tricky. So naturally, it focused on the dogs’ head instead of the people—a good thing as well. So, I’m saying that setting the camera autofocus to include pattern focus got me the shot with the dog in focus instead of the people only—my lack of speed and knowledge on how to change the focus point got me a better photo. Ok, I lucked out.

All that needed to happen was something unexpected, and it did. Again, I held the shutter button down to burst fire as I pointed the camera at the dog; then, the dog decided to open its mouth and put out its big wet sloppy pink tongue—that was it! Why? Might you say? We’ve all seen a dog look at us, we’ve all seen a dog yawn, but how often does it bring out its tongue like a big-ole slimy slug latching onto its snout? Not very often. That is what helped that shot, or at least, in this case, I knew I had captured something; I just needed time to evaluate what it was. “The decisive” moment” was on the media card, I just had to look and say “that’s it!”

The dog is what my eye narrowed in on. I never thought about the background, the people in it, or what they were doing. I had to let that go after I realized the AF wasn’t going to focus on them to concentrate on the dog. The people helped support it because the dog and I had their attention, but wouldn’t any dog owner? To say that I was conscious of every element in the image would be great, but I wasn’t. I realize now that I didn’t need to be either because of what I think was an automatic response. I think we can all learn that you will automatically get the owner’s attention when you photograph the dog, cat, baby, or even a hermit crab on a leash. So you don’t really have to think about it. So the next time you walk up to a pet owner, or parent and child, it would be a fair assumption that they will automatically help the image if you include them because of their relationship to the subject.

As for “the decisive moment”

I completely admire the works of Henri Cartier Bresson, but we have to remember that the decisive moment, might only be discovered on the contact sheet. Before that, it’s just a capture. Further, the decisive moment could be something else that happened before or after what you considered. In HCB’s day, cameras with motor drives didn’t exist. Because he pre-calculated the peak point of action of the event; he was being decisive. That said, I read that he took many photos of a scene and the decisive moment was selected from the contact sheets. He used the tools he had, to get the shot but he might not have know which was the right one until he got the contact sheets from the lab. Does that make it decisive? Or is it just picking the ideal image for the right framework?

Here’s a thought, what if one of the other photos he shot during a given shoot became the desired image because it fit into a storyline. What if that became famous, and know as “the decisive moment” instead of what we have come to know what is?  Then again, what if it’s still on the contact sheet? I’m telling you this because with the tools we have today, we can capture more moments to choose from later—you shouldn’t have to limit yourself. Then you can choose the image you think is the decisive moment based on what you plan to use it for. It’s not a take one single frame and you’re done. Does that mean we shoot video and select the right moment from the thousands of frames it captures? I don’t see why not, as long as you have that kind of time on your hands, knock yourself out. My winning photo and the image above were both shot in Continuous mode (about 6fps).

I feel the idea of the decisive moment leads us to think it’s all done in the single click of a shutter. I think some people really believe that. I’m not going to say it’s a bad exercise to practice because it’s not. Try sitting in front of the TV watching a movie; click your shutter a single time when you see a peak moment. That will help you learn patience and timing. But do you really want to do that in the field?

When I approach a scene I want to photograph, I try to speculate what people are doing, and what will happen when they do something. A good exercise is to sit and photograph them as they talk. Watch what their hands do and capture them. Which shot was the “decisive one” do you think? Was it when their hands were up, or when they were down? Maybe if you are planning to use it in a theme about exciting people the one with the hands up will be the best, whereas the one with the hands-down might make them look vulnerable. Somewhere in there, you’ll find your answer based on your final usage, but you have to capture it first.

This is also why I like to start with a color image and then convert it to B&W. Some colors can change the way you see an image in greyscale, or how they separate the subject from something in the background, but I suppose that’s a talk for another day. It’s fair to say, that submitting my image shot directly in greyscale was another irony for me because I don’t usually shoot in B&W in-camera.

Below are a few additional images I shot during my walk with Marcus through Fredericksburg. Some were shot after the event. Some are intended to be viewed as a sequence. Just for fun, in the sequence of Marcus in the ice cream shop, which image do you think is the decisive moment? Or maybe there isn’t one because it has to exist as a sequence instead of a single shot. Enjoy

In my last post, I will show you my third entry, which also didn’t make an honorable mention, but what can we learn from the photo, and what makes or what would make it a better street photo? 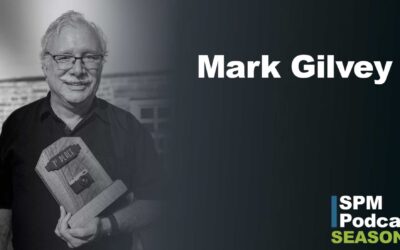