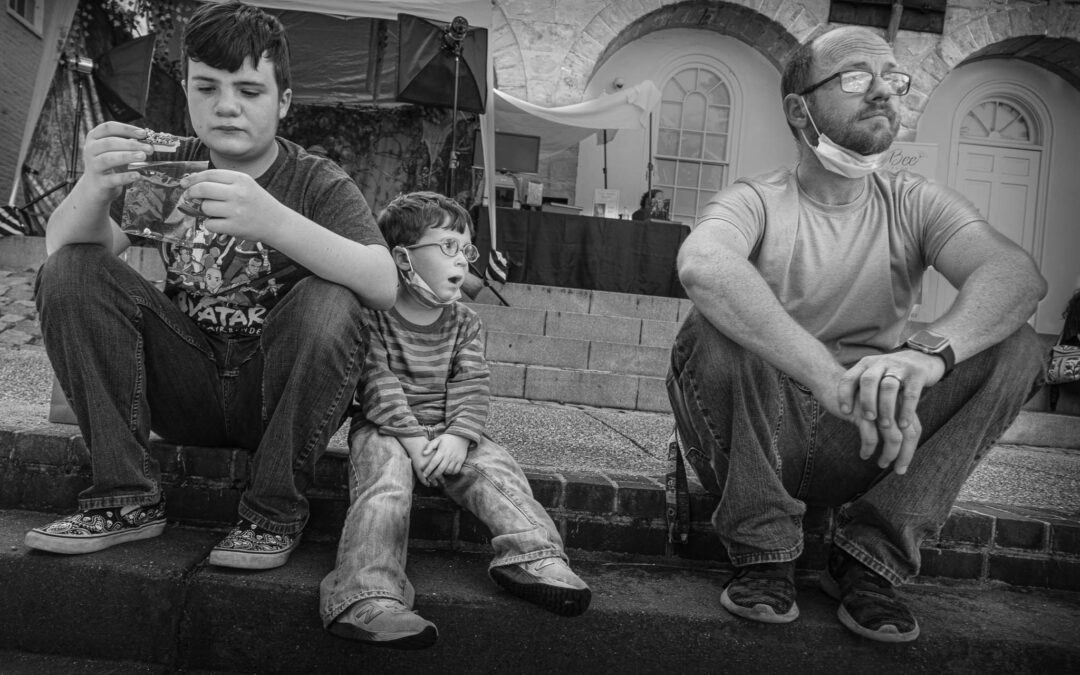 It’s a real challenge, and a good lesson for new photographers, but..

I’ve been photographing since 1977—that’s a long time. In that time, I have photographed for a newspaper, had my work seen by the President of the United States, made animations on the same camera used to make the movie Star Wars, photographed, landscapes, people, cars, products, I’ve walked the starting grid at the 24 Hours of Le Mans (came face to face with Carrol Shelby), and started my own commercial photo studio. I started with “candid” photography and later learned about Street photography from one of my photography professors.

So, I guess what I’m saying is, to me, photography is the sum of many parts, not just what comes out of the camera. The shutter click is not the end, but if you get it right, it makes everything else a lot easier. For me, post-processing is my playground, it is my canvas, and paintbrush and I treat it just as delicately as a painter with a brush. Fortunately, it doesn’t take near as long as a painting to complete—at least most of the time.

Post-processing is not a crutch, a way to bring new life into a bad image. To say that is preposterous; why would anyone work on a bad image and think they could save it? When photographers of old had their negatives printed, the printer dodged and burned, he used a warm developer to overdeveloped the edges of a print to graduate the edges of the image areas. They bleached things used different developers, and that was in photo-journalism!

All of these things help control the eye of the viewer. This was, and still is, the artistic part of photography. I still believe this even for Street Photography. There are things that compete with what I’m trying to show, there are things that just shouldn’t be there, and there is detail that is being held back that wants to see the light of day.

At the top of this page is the winning photo I entered in the 2021 Fredericksburg Street Photography Shoot-Off. What do you think of it? It’s impactful, isn’t it? Ok, I’m pulling your leg, that’s not the exact image I entered into the contest. Below is the photo I entered. The first image you see below, came right out of the camera, it never saw a computer hard drive or Lightroom. The second version (which is the same as the version on the top of the page) has had post-processing work done on it. Most of which is the same stuff I did when I worked at a newspaper: dodging, burning, and spotting.

What do you think of the two images compared? See my response below the images.

Click for enlargement, and then use your arrow keys to go back-and-forth between them.

To me, the original image has some bright areas that distract. Over on the left side (made the rocks darker and cropped most of them out) and behind the father—which on second look, almost resemble angel wings. I also felt the detail in everyone’s clothing could use some enhancement. The image edges could be brought down to help draw the eye in and at the bottom it makes the tones in the stairs look rich. A similar technique was done in the wet darkroom at the newspaper I worked at. You dip the exposed print into warm developer (or was it warm water) briefly before putting it in the Stop bath. It’s meant to bring your eye into the action but it also says something about the photographer, who, in a sense is trying to rush you into the image.

The boy’s face needed to grab your eye so I lightened it a little and boosted the contrast. It doesn’t have to look natural, it’s intended to help add impact. His clothing is slightly brighter than the original and has more mid-tone separation to bring your eye to him.

I used to use all these techniques in the wet darkroom at the newspaper. I don’t know if you are allowed to do these now or if it has to be straight out of the camera. But this is Street photography, not photo-journalism. Be glad, because it is the one genre when no one can tell you what to do. 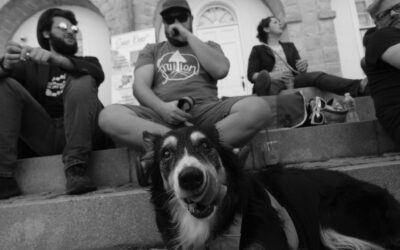